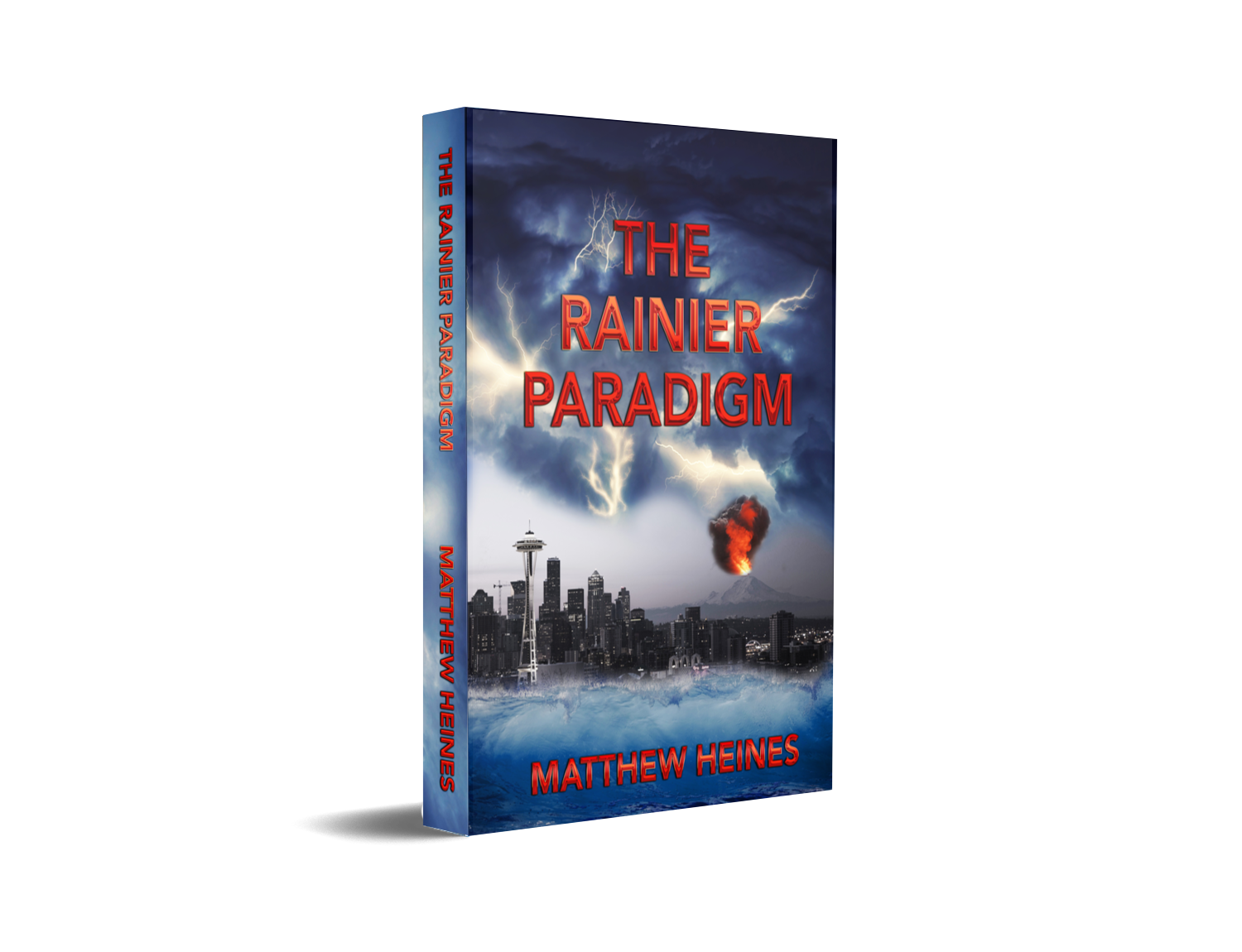 Read The Rainier Paradigm Before You Move to Seattle

There’s trouble afoot in the Pacific Northwest in this dark comedy thriller called The Rainier Paradigm. It starts with a powerful Deep State secret society, their secret project, and a secret romance. Somehow a University of Washington graduate student falls in love and bed, with a professor with rock star status. The professor happens to be from none other than the powerful Powell family.

Clayton Powell, the subject of her affections, and a lot of mistrust, is also the head of a secret project to detonate Mount Rainier. He thinks he is finishing research on a study called The Rainier Paradigm.

Clayton and a secret society called the Minderburgers, plan to wipe out the people in the overpopulated Seattle area. Once they are gone, the Minderburgers plan on selling Seattle real estate to the next batch of people silly enough to fall for the Northwest hype.

Melissa Ross must choose between her rich and powerful lover or her childhood boyfriend. World famous hacker Julian Fry, once he finds out about The Rainer Paradigm and a project called Snow Den, is dead set on shutting it down.

When her childhood sweetheart finds out about Melissa Ross and her lover’s ties to the plot, Melissa finds herself in the middle of a fight between Julian Fry and Clayton Ross. As The Rainier Paradigm unfolds, it’s a battle for the very survival of the people of the Pacific Northwest.

To make things worse, it doesn’t take long for the Naval Undercover Tracking service to get involved. They send in their enforcer, an Agent named “Road Rage” Voorhees.  His assignment: to pull the plug on Melissa, Julian Fry and his West Coast Hackers before they can pull the plug on Operation Snow Den.

If you love to laugh when you read, and you love to read comedy, romances and thrillers, this is the book for you.

“A comedic presentation of a possible conspiracy and the underground group who helps to bring it to light. I believe the climax to be something that could happen.

A good read even though it seems long. The last third moves quickly as the disaster approaches.”

Have Your Own Encounters